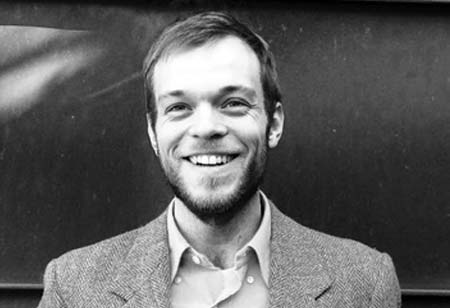 The AEC industry has been experimenting with the use of virtual reality (VR) for well over 20 years, and while the medium has successfully provided value and return on investment for many projects, the form factor, technical requirements and user friction for delivering walkthroughs has prevented VR from realizing its potential as an accessible and broadly-used communication and collaboration tool.

Now, the new generation of standalone, six degree-of[1]freedom (6DOF) headsets is ushering in a new era of VR utility in the AEC industry. It’s allowing for the simultaneous and low-friction application of VR environments for larger groups of people to walk through sizable spaces. This pushes the technology from a primarily individual visualization tool to a collaborative meeting and walkthrough tool. Various hardware and software improvements, such as inside-out positioning, hand tracking and the portability of headsets, are facilitating comfort and reducing friction for users. These improvements have resulted in groups of people remaining immersed together for longer periods of time than was previously possible. Users are experiencing the environments intuitively, as if they are walking or working together in a space, discussing issues and features naturally. This development signals a paradigm shift for the use of immersive VR in the AEC industry, ushering it from a technical curiosity to an invaluable tool. As a builder, developer and partner, Mortenson is constantly seeking to be on the leading edge of innovation and technology.Physical mock-ups are expensive, time consuming, require significant space and involve many people. Altering them is also time intensive and costly, and they are often demolished, which wastes material. The use of virtual reality mock-ups allows stakeholders to make faster, smarter decisions while dramatically reducing cost, time, and physical waste.What follows, is a few of the other advantages. Maximize Value The use of VR saves money in many ways, beyond avoiding the need and expense of building a physical mock-up. Mortenson was selected to build Seattle’s new sports and entertainments arena at the Seattle Center, future home of the National Hockey League’s(NHL) latest expansion team, the Seattle Kraken. Our experience as builders of sports venues (recently the Raider’s Allegiant Stadium and the Golden State Warrior’s Chase Center) has taught us the importance of conveying a clear conceptual vision of the physical realities of the design direction to ownership groups. Using the Oculus Quest VR headset, Mortenson developed four club spaces, multiple suites, press bridge, arena bowl, superstructure and atrium space.Because the customer’s business is focused on the smooth and successful operation of this facility, and due to the short turnaround time from project completion to the first concert and Seattle Kraken’s first puck drop, familiarizing the facility management team with the space early on is highly advantageous. This will maximize fan value by allowing staff to thoroughly plan for events from the user’s perspective. The customer also requested that Mortenson create a virtual environment that focuses on suites and clubs for their sales team, which was very successful in helping to sell corporate spaces long before completion of the project. The simulated environment was also a factor in helping to sell naming rights to Amazon, which named it the Climate Pledge Arena–the first International Living Future Institute certified zero carbon arena in the world. Increase Collaboration Regardless of Your Location Based in the Netherlands, hotel owner-operator citizenM had the goal of rolling out 20 hotels in the U.S. by 2025. Their existing process for designing facilities involved several firms communicating internationally back and forth– repeatedly creating concepts, determining feasibility and revising designs. This “death spiral” of decision-making led to lots of headaches and was slowing down the schedule. Mortenson developed a virtual reality environment which allowed for an immersive multi-user design interaction in real-time. We installed VR stations at citizenM’s Netherlands headquarters as well as the company’s Seattle office. This allows the team to make decisions remotely, eliminating the repeated communication loop and improving strategic planning capability. With the use of VR, Mortenson continues to drive design efficiency by engaging with citizenM’s local and international development teams.

Users are experiencing the environments intuitively, as if they are walking or working together in a space, discussing issues and features naturally

Making informed decisions in the virtual environment has shaved six weeks off the overall design schedule in Seattle. This saved the customer design fees and travel expenses and allowed them to submit for permits earlier than forecasted. Identify and Mitigate Design Deficiencies Instead of using a physical mock-up to guide design decisions on a recent project with Marriott, Mortenson employed the use of virtual reality. When stakeholders immersed themselves virtually in the planned hotel corridor, the group quickly realized there were missing items and design flaws–including oversized lighting and elevator doors, poor placement of fire extinguishers and aesthetics that weren’t on brand. By using VR, we were able to showcase alternate options in real time to gain consensus. For instance, the interior designer was concerned that the color palette chosen for the hotel corridors was too dark. Within a day timeframe, Mortenson added interactive buttons that allowed the designer and customer to sample different colors and control daylight and dusk to see how those changes would affect the ceiling pallets in the hotel lobby and corridors. VR also enabled the team to better align the space with the customer’s vision, identify errors in material sizing, which would have been replicated on each floor,and reduce the time, cost and physical waste of the traditional mock-up process. Another example of identifying and mitigating design deficiencies occurred when Mortenson worked with a healthcare provider to design a new interventional radiology room. For such a medically complex room, surgical teams found it difficult to understand how the finished space would function. 2D drawings and renderings were not enough to gain buy-in, which is a common hurdle since end-users rarely have the industry expertise needed to interpret drawings. To solve this issue, Mortenson developed a VR simulation to give the medical team more control over the design of the room they’d be working in for years to come. Doctors and nurses could see the entire patient room from monitor placement to bathrooms. Mortenson simulated different procedures, and the team was able to identify deficiencies in the design, verify that the flow of procedures would be uninterrupted and develop stakeholder engagement and confidence in the design. Additional Technologies Mortenson recognizes that not every client wants to use or purchase the equipment required to host the virtual environment themselves. Some individuals experience claustrophobia, lack of comfort or the feeling of being seasick, so Mortenson developed a work-around by publishing interactive VR experiences online, through custom built and secure webpages. This adaption also allows many people to view an environment simultaneously to collaborate and make decisions, which has been especially beneficial during COVID-19, when people cannot always be in the same room. Whether using VR through a website or the newest capabilities of the Oculus Quest, Mortenson is at the forefront of ushering in a new paradigm in the utility and application of immersive virtual walkthroughs, which is the culmination of over 20 years of technology experimentation from within the AEC industry.
This content is copyright protected

However, if you would like to share the information in this article, you may use the link below: